The flat spell continues, soon surfers will start to lose their religion and make the ultimate sacrifice to the pagan sea gods by burning surfboards, while manically beating on their bongo drums to summon up a swell.

Partly to remember what a wave looked like Florence and I headed over to Jazz the Glass in Biarritz last night for the opening of Sylvain Cazenave‘s exhibition of surf photos from four corners of the ocean. I have a running joke with Sylvain after I contacted him when I needed a beach shot urgently for  publicity for the book. Remembering that he had come down to the Mamas Surf Club one Saturday, I sent him an e-mail.

I’m sorry he replied politely, would love to do it but I’m at the Pipe Masters in Hawaii. A contest for the best surfers in the world on the biggest gnarliest waves in the world. I’m sure he devastated not to be able to come over to Olatua and take a shot of me running across the beach in my wetsuit on a cold december afternoon.

Our photo shoot is on hold, but for the moment I was happy to get some style tips from his shots of surf pros carving it up from the North Shore of Oahu to the Grande Plage.

Jazz the Glass is a lifestyle shop that has just opened in the centre of town.

You’re English- what does Jazz the Glass mean? People kept asking me, drawing a blank. Apparently it’s obscure 70s surf slang  , which as I explain did not reach the London suburbs. But it might catch on in Biarritz this year as the place is wicked, as we say in Highgate.

I want it, I told Coco, the owner, sweeping my hand around the room.

In fact I’m crap at decorating, can I just move in? 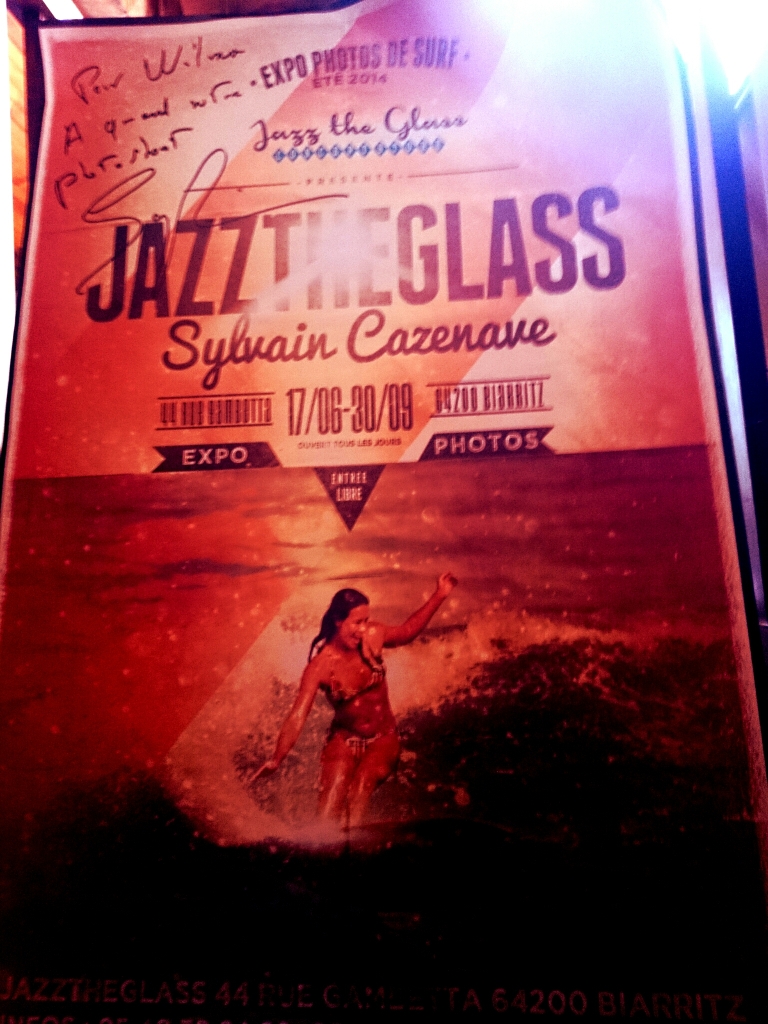